I recently attended the American Typecasting Fellowship conference in the finger lakes region in upstate New York. If you think this is something that mainly attracts men over 70 you are completely right. Nevertheless, the number of women in attendance who are active in type casting more than doubled this year (~3) compared to 2014.

I’m very glad I got to know the awesome Jessie Reich for instance. She recently graduated from Wells College’s great book arts program and now works at the Bixler Letterfoundry in Skaneateles, NY, once a week running the Monotype Super Caster as well as her own letterpress and design practice Punky Press Studio.

Jessie Reich and Richard Kegler, co-organizers of the event

Jessie casting on the Super Caster, Michael Bixler watching. Photos by the ATF on Facebook

There was this photo of Jessie casting with a handful of old men around her, appreciating a halved sort she just cast, in awe about how perfect it was, but, for the life of me, I can’t find that photo again.

I won’t give you a detailed run-down of the conference because Rebecca chronicled it perfectly. Rebecca Gilbert of Stumptown Printers and the C.C. Stern Foundry in Portland, OR, is a true trouper in the field and I was lucky to meet her at the 2014 conference already.

I heard about her and the foundry in 2011 when I, quite randomly, backed their Kickstarter campaign to restore an Orphan Annie, a Monotype sorts caster Rebecca is now casting on at the foundry. She “graduated” from Richard Hopkin’s Monotype University — like Jessie — as one of the few women, where students learn how to disassemble, reassemble, repair, and cast on Monotype casting machines. (There is also Skyline Type Foundry’s Thompson Tech in case you, too, want to learn and pick up type casting.) Here’s a good article with more about Rebecca.

And then there is the great Geri McCormick, making type as well, but from wood. Geri runs Virgin Wood Type out of her house and adjacent shop in Rochester, NY, for several years now, meanwhile so successfully that she has two employees now — Matt Rieck and James Grieshaber — cutting and finishing woodtype from historical patterns as well as new designs. 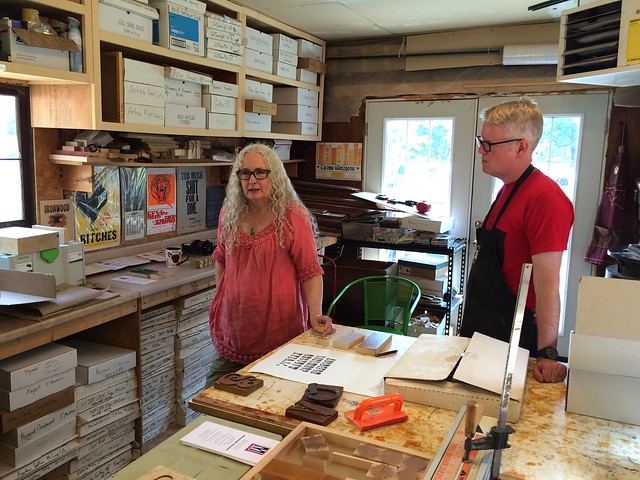 Geri and James in their shop, surrounded by boxes of patterns 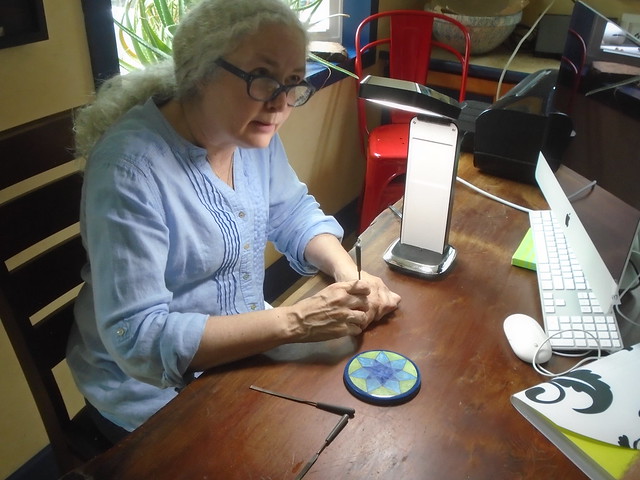 Finishing a piece of Franklin Gothic at the kitchen table. Photo by Fritz Klinke 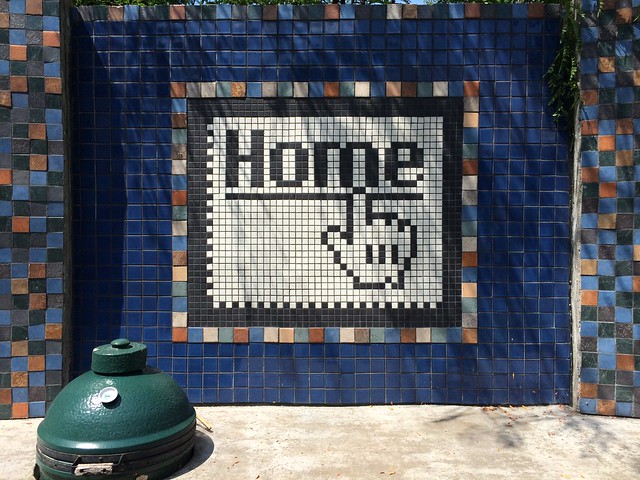 Geri’s Home mosaic in the garden

A very special bonus on our Rochester day was finally meeting Kris Holmes at the Cary Collection at RIT, here in conversations with Darrell Hyder (left), Jesse Marsolaise and Chuck Bigelow (right). 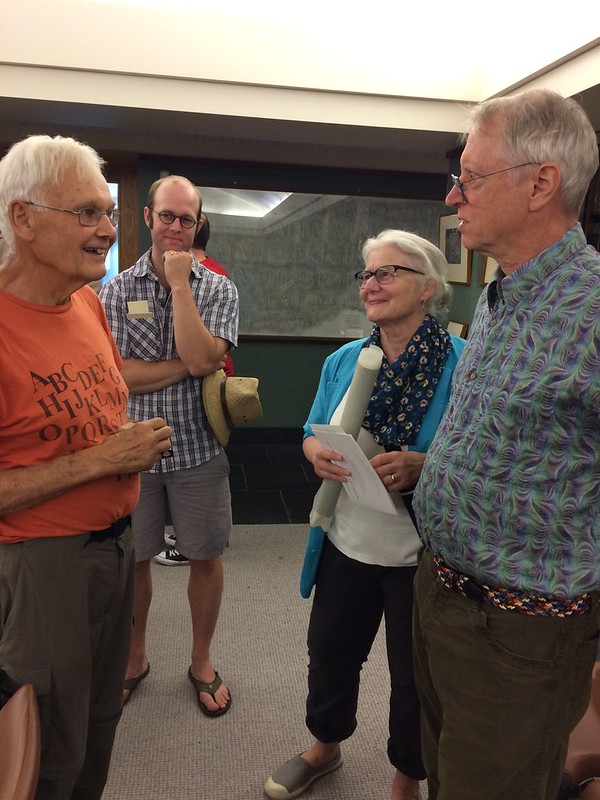 And next time, we should talk about punchcutting and how it’s still done today by quite a few people, among them maybe the best — Nelly Gable.