Perhaps it is because we live in an age where styling and self-promotion shape how and whether we revere design, that the austerity of this book, and indeed, Carol Twombly’s life and career, feel so other-worldly. Which is not to say that Twombly is somehow weird or that this book about her life and work is lacking. In fact, the book is very well-written and — dare I say it, (this is a type nerd book after all) — quite an engaging read.
END_OF_DOCUMENT_TOKEN_TO_BE_REPLACED

In 2012 I discovered a great hidden treasure in Fitzroy North called Renaissance Bookbinding.

I walked in the shop and I was absolutely amazed by the fantastic collection of books, printing presses, metal and wood type collections, not to mention the wide knowledge of Nick Doslov, a great professional bookbinder who has been in the business for over thirty years, and whose love and passion for the trade is worthy of everyone’s respect.

END_OF_DOCUMENT_TOKEN_TO_BE_REPLACED

Today a newsletter came through my inbox from Monotype showing Alisal in use. Immediately, I had a few thoughts. First, “oh nice! Matthew Carter put some lovely details into Alisal about which I had forgotten.” Second, “too bad it is so sparkly in this setting.”

END_OF_DOCUMENT_TOKEN_TO_BE_REPLACED 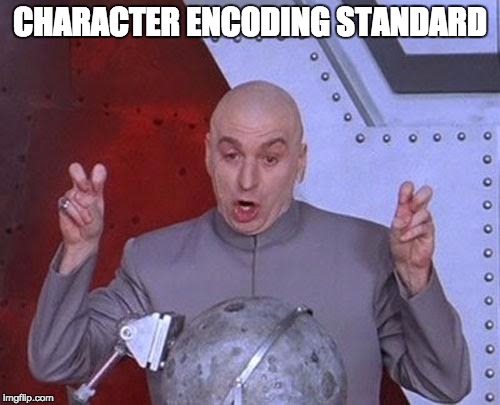 END_OF_DOCUMENT_TOKEN_TO_BE_REPLACED

If you are also tired of seeing the ever same fonts and style on the web, and the rich typefaces getting richer, here is a running shortlist of potential body copy typefaces for alphabettes.org I once compiled. I did not test how they look in extended text yet, nor rendering across platforms/browsers. That would be the next step (and we’re also still quite happy with Elido although see that we could use more extensive language support). But maybe you are looking for a fresh, lesser seen typeface and want to check some out anyway. Trying on new clothes is luckily quite easy if you have a website up already, e. g. with tools/bookmarklets that swap out the fonts you currently use, like Webtype’s Font Swapper or FontShop’s Webfonter. Also, most of the typefaces below are available on Fontstand or as trial versions from the foundries, so you can test them locally or in mockups. Let us know if you end up using any at some point.

END_OF_DOCUMENT_TOKEN_TO_BE_REPLACED

Two little tweets in an ocean of tweets. What harm can they do, especially when their message feels overwhelmingly positive?

Last week, Indian Type Foundry (ITF) sent out the following tweet in reaction to this showcase of type designers who also happen to be women:

Who said there’s no gender equality in type? Out of 30, 14 of our designers are female. @AdobeCreate @shiva__n pic.twitter.com/9NMqGkc7q4

END_OF_DOCUMENT_TOKEN_TO_BE_REPLACED

Typeface designers frequently seem to assume the more OT features their fonts have the better. Typeface users, on the other side, don’t always share this delight. They are often stressed by the complexity, don’t get any sense out of them or just ignore the features. Since I am both a designer and a user of typefaces I tend to sway from one position to the other.

In my work, where I am involved with script typeface design, OpenType features and coding play a very big role. I would say that a natural looking contemporary script typeface is not imaginable without an extended OT feature code.

END_OF_DOCUMENT_TOKEN_TO_BE_REPLACED

Every letter in the alphabet has its own history. They change with time, and it is part of the type designer’s job to give shape to those changes. We set out to celebrate a letter that most designers would agree to be one of the most challenging forms to design in the Latin alphabet, the lowercase s.

The origins of this letter led us to the Phoenicians (1500–300 B.C.), who used three different forms: shin, shade and samekh. The shapes of the letters were simplified drawings of their names, for instance shin means teeth. This letterform is the predecessor of the Greek sigma, which evolved into the Etruscan S, and later on into the Latin form.

END_OF_DOCUMENT_TOKEN_TO_BE_REPLACED

As a type designer, every so often, one is confronted with the question “Do we need more typefaces?”. As somebody who makes a living out of creating typefaces, the obvious answer is yes; however, here are other less subjective reasons in favour of new type designs.